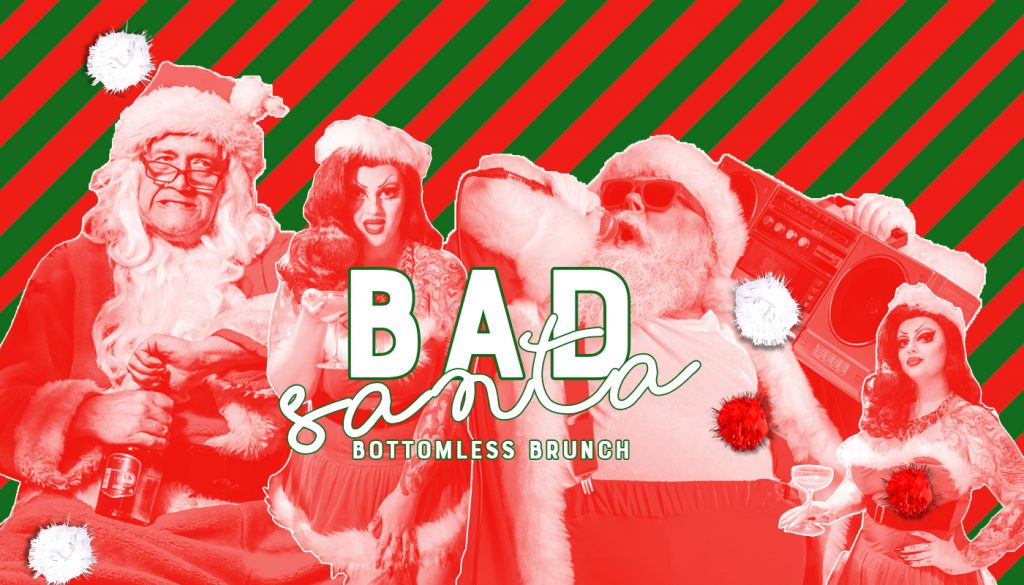 St Nick’s back for another Christmas! Apparently the North Pole’s on the amber list, but this filthy fella’s double jabbed.

After finding himself in lockdown just moments before the big day last year, he’s been living off his savings and now the cash has dried up. It’s a good job this renegade can really sing…and that we’ve got the budget to bring him back to the rooftop for another year.

After a rocky divorce with Miss Claus, they’re back on track and are returning as the ultimate power couple. Miss Claus will be taking to the decks and bringing you a saucy set that is sure to jingle your bells. Whilst she spins some crackers, Nick’s binning the fags and putting his lungs to good use as he takes to the mic for a good old fashioned sing-along.

He’s big, he’s bad and he stinks of booze but Santa Claus is coming to town and he’s ready for you to rummage in his dirty sack. A prize awaits all those that dare to delve in deep but we can’t be held responsible for what you might find.

Most importantly, though, this crazy Kringle will be armed with a sack load of cocktails for all those on his naughty list. Fill your stockings with 2 hours of bottomless cocktail jugs. We’ve got Cuba Libres, Sangria and Aperol Spritz to spread some Festive cheers!

Only used to working one day a year, Nick wasn’t up for kitchen duties. Never fear, his elves are grabbing brunch by its baubles and serving some seriously tasty grub. Bringing you smashed avo, juicy burgers and molten mac ‘n’ cheese, this menu is a real cracker.

Packed full of lewd lyrics, sordid sign-alongs and gob-smacking games. Rally your rowdy reindeer and join Kris Kringle on the rooftop for a sleigh ride straight to Partyville.”